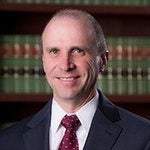 Mr. Abromitis is a shareholder of Lavery, Selvaggi, Abromitis & Cohen, who has practiced law in the State of New Jersey for nearly 28 years.

Over the course of his career, Mr. Abromitis has successfully prosecuted and defended numerous civil actions on behalf of individuals, as well as public and private entities.  He has been at the forefront of numerous cases involving public policy, including challenging the constitutionality of the New Jersey Highlands Act.  He also has been involved in numerous matters involving his representation of community associations.

Mr. Abromitis has been involved in various civic and charitable organizations, including the Hackettstown Rotary Club where he was named a Paul Harris Fellow.  He also served on the Board of Directors of the Warren County Regional Chamber of Commerce and the Board of Family Promise of Warren County.