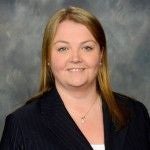 Katrina Campbell has extensive experience involving the Agriculture Retention and Development Act (Farmland Preservation) and the Green Acres Program. She has participated in the preservation of thousands of acres of farmland as Special Counsel to the County of Warren, as the attorney for municipalities and as counsel to private landowners. Ms. Campbell has become one of only a few attorneys in the state with expertise in FEMA and Blue Acres flood buyout programs. After Hurricane Sandy, Ms. Campbell volunteered her time to assist victims as they tried to navigate the FEMA process. Her representation of the Warren County Agricultural Development Board has given her expertise in Right to Farm Act and other agriculture related matters such as farm and hunting leases, mortgage subordinations, and survey, title and appraisals complications.

Ms. Campbell possesses skills to represent a client in all aspects of the land acquisitions process. She has drafted agreements for sale, commercial, residential and farm leases, resolved difficult title and survey issues and has even conducted auctions for the public sale of land. She specializes in the representation of first-time home buyers. Her knowledge coupled with her calm, caring demeanor make her perfect to navigate first-time homebuyers who feel overwhelmed with the seemingly daunting process of purchasing their first home. Ms. Campbell has partnered with local relators and title agents to provide seminars for the first-time buyers.

Ms. Campbell serves as the municipal attorney for the Townships of Lopatcong, Harmony, Kingwood, Franklin (Hunterdon) and West Amwell and assists in the representations of numerous other municipalities in Hunterdon and Warren County. She has unique experience in the area of affordable housing and COAH, in 2015, she initiated litigation, through Declaratory Judgment actions, on behalf of eleven municipalities. Ms. Campbell has special expertise involving the Open Public Records Act, Local Public Contracts Law, and property tax appeals. In addition to representing the government, she has used her expertise in these areas of law to assist residents seek public records from their local government, contractors bid on construction and road projects and residential and commercial landowners appeal their property taxes. Ms. Campbell's municipal experience has made her well-qualified to assist private clients with Developer's Agreements, PILOT and tax abatement agreements as well as Redevelopment Plans.

In 2014, Ms. Campbell was a guest lecturer at the New Jersey League of Municipalities Annual Convention in Atlantic City.  She has also been the guest lecturer at several seminars hosted by the Municipal Clerks' and Municipal Tax Collectors Associations. Her lecture on municipal and other topics have been approved for continued education credits used by municipal employees to maintain their licenses. In 2012, she was admitted to appear before the United State Supreme Court.

When not practicing law, Ms. Campbell spends her time participating in various civic, political, and charitable organizations. She is a Past President of the Warren County Bar Association and a past member of the Vicinage XIII Ethics Committee. Ms. Campbell and her family have organized many fundraisers benefiting breast cancer research and awareness and she has served on a house decorating committee for the Stanton Holly Trail, an annual event whose proceeds benefit the Hunterdon Medical Center and the Stanton Reform Church. Ms. Campbell is proud to recently have been made a member of the 200 Club of Hunterdon County which provides financial assistance, scholarships and valor recognition to law enforcement, fire and emergency service personnel and their families