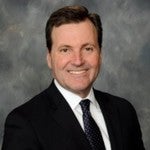 Michael B. Lavery is the founding partner of Lavery, Selvaggi. Abromitis and Cohen and the director of the firm's Municipal Government Practice.  Mr. Lavery is considered one of the state's foremost attorneys  in the area of municipal  government law.  He presently represents numerous governmental entities and serves as Special Counsel to the County of Warren for Open Space & Farmland Preservation.

Mr. Lavery has been appointed to be the Township Attorney for Hardwick, Lopatcong, Mansfield, Oxford, Greenwich and Washington (Warren County) Townships, as well as Attorney for the Frelinghuysen Township Land Use Board, the Chester Township Zoning Board of Adjustment, the Warren County Soil Conservation District and Special Counsel to the County of Sussex.

Michael is also a seasoned land use attorney.  He has represented many developers, corporations and individuals in a variety of applications.  He is recognized by land use board throughout northern New Jersey and respected for his thorough understanding of the New Jersey Municipal Land Use Law and his professional approach when appearing before local and administrative boards.  His knowledge of both land use law and local government law uniquely qualifies him as an excellent choice for those applications that demand a competent and thoughtful strategy.

Mr. Lavery is also an accomplished litigator having represented numerous clients in numerous civil and  commercial matters in state and federal courts.  He offers clients zealous representation tempered by a practical and sound approach to effectively resolving disputes.

Mr. Lavery is the former State Chairman for the New Jersey Republican Party and formerly served as General Counsel to the NJGOP from November 2017 - 2020.  He was the Mayor of Hackettstown for two terms from 2005-2011. On June 25, 2015 he was appointed by Governor Chris Christie to serve as a Commissioner for the Delaware River Joint Toll Bridge Commission and a year later he was elected Chairman of the Commission.  He has also served as Republican State Committeeman for Warren County and as Legislative Aide to then-Senator Leonard Lance (R-23), who formerly served as Congressman for the 7th District.  These experiences enable him to assist those seeking to navigate the often confusing aspects of state and local government.  His counsel is often sought by those trying to secure approvals from regulatory and administrative agencies in northern New Jersey and Trenton.

Former Member of the Warren County Regional Chamber of Commerce;

Past President of Hackettstown Medical Center's Foundation Board;

Former Board Member, Warren County Regional Chamber of Commerce; and