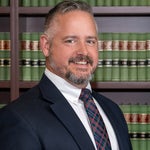 Richard Wenner is a partner with the Firm and is regularly sought out for counsel on a variety of issues centered around the representation of corporate clients and individuals in practically all facets of daily life, with an emphasis on the employment sector.  This can take the form of negotiating separation agreements, providing representation before the various administrative agencies of the State as it relates to adverse employment actions, counseling small business owners on crafting employment and non-competition agreements, providing advice regarding the difference between an employee and independent contractor, and the like.

Mr. Wenner has also represented public sector employers and employees in matters of labor and employment.   Mr. Wenner has drafted dozens of collective negotiations agreements on behalf of public sector employers, ranging from police contracts to blue and white-collar agreements. Mr. Wenner has appeared before the Public Employment Relations Committee where he has successfully argued on behalf of his clients.  Further, Mr. Wenner is not afraid to litigate before the courts on behalf of his public-sector clients; whether that takes the form of defending the termination of an employee or arguing that an employee was unlawfully terminated.  Mr. Wenner is also extremely knowledgeable with the various laws and regulations governing Civil Service jurisdictions, having drafted layoff plans on behalf of municipal clients as well as provided counsel to public employees on matters relating to their Civil Service status.

Mr. Wenner also is experienced in matters relating to redevelopment and real estate, having  served as lead counsel on behalf of a municipality in negotiating the terms of a 300-million-dollar redevelopment project by and between the municipality and the developer of a RCRA 2020 site.  This entailed the negotiation and drafting of a redeveloper's agreement as well as the negotiation and drafting of a long-term tax abatement and corresponding financial agreement structured to permit the issuance of redevelopment area bonds as part of the “gap” financing.  It further included the drafting of language to shield the municipality from responsibility for environmental remediation of the site post-closing.

Mr. Wenner has also represented Fortune 500 companies in the negotiation of purchase and sale agreements for the acquisition of property within the State of New Jersey, many of which were rife with environmental issues.  Mr. Wenner has been able to navigate the often-times labyrinthian world of regulatory compliance in the State of New Jersey and in doing so, has achieved positive results for his clients.  The energy and experience that Mr. Wenner brings to representing his corporate clients also extends to assisting them in negotiating with commercial lenders; whether it be construction loans, permanent mortgages or refinancing of existing debt

Outside of the office, Mr. Wenner gives back to his community by volunteering his time to a variety of charitable and religious organizations.  He is a firm believer in the importance of community and works diligently to “give back” as much as he can.